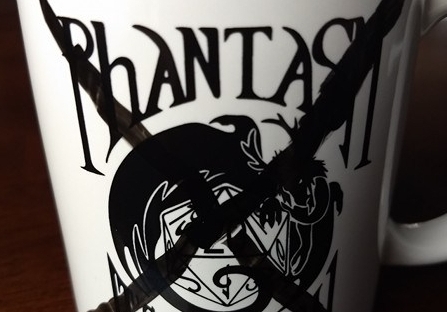 Recently, I decided to recount my experiences at my local gaming convention, Phantasm. This incident happened in September of 2017. I had no idea the article would cause so much good and bad to occur. It opened up a floodgate of conversations for myself and others regarding inclusivity and safety in our gaming culture and community.

“You would be a good player if you put your imagination to good use, instead of bullshit, exaggerated stories like this.”

A shaky sigh exhaled through my lips, my fingertips kept missing the correct letters as I tapped out my response to this woman’s words. ‘Stay calm. Stay focused. If you show too much anger or emotion, you won’t be taken seriously. Don’t be too defensive, they’ll think that only proves their point.’ I had to remind myself.

As I fumbled out a quick assurance that this had indeed occurred, I was quickly pulled away by another notification. And another. And another. My nerves crept up my spine and settled neatly around my chest, making it hard to squeeze out a full breath. What can anyone say that’s going to make matters worse, really, as a woman trying to survive in the tabletop gaming world?

It turns out a lot could be said.

The local convention, named Phantasm, in which this matter occured has a public facebook group (Found Here) to which the one-and-only organiser of the event shared my article. As the organiser, David Watson posted the article it was followed along with “Came across this tonight, had to repost it here. It seems right that if someone was made to feel small, they are given voice.”

I was so happy to see this, a weight lifted off my shoulders, especially when he messaged me saying he wanted to assist in handling this issue that occurred. ‘Yes. We are making headway,’ I foolishly thought to myself.

Within hours, so much happened I couldn’t even keep up with it. While trying to handle accusations on so many different online venues that I was lying, that stories like mine are exaggerated and could never happen, that “gamer men” are too scared and shy of girls (or turned on by them) that they’d never do such a thing, a whole other issue was cropping up.

Marginalised individuals who had been to Phantasm (or at least been in deep discussions with the organiser) years prior stepped forward to say, “Yes, good! Give those people a voice and give them a safe place to game! What will you do to ensure Phantasm grows to be an inclusive, safe environment for everyone to enjoy?”

People came from all over the place to ask what safety precautions were going to be implemented, what policies were going to change to ensure inclusivity…and some came to demand that their gaming convention should not change. They claimed that David was doing good enough as is and that precautions such as the “X-Card” are useless and silly and impede their gaming experiences.

Then the convention organiser quickly dispersed. He posted a message stated, “I’m mostly offline until Tues spending time with family. I’ve halted a heated discussion until then as I won’t be able to moderate it, and I feel it needs to be. I haven’t been subtle putting that conversation on hold. If you feel compelled to continue in the meantime I will remove you from the group.”

He kept his word and was not present until Tuesday, but so much happened in between. When marginalised people are finding the strength to stand up and say, “Hey! This isn’t right, we should fix this, and we want to help you fix it together!” asking them to remain silent because one individual is not present in the conversation is unfair. If David Watson truly needed time away from the group and the discussion, he could have elected a trustworthy convention volunteer to oversee the conversations, or perhaps end all commenting on the group itself. Instead, this felt like a piece of bait he wanted us all to snap at like sharks.

For days, countless unmoderated conversations took place which began simply enough but quickly escalated and downgraded into personal attacks, threats, and insults. If the posting of my article to the group was supposed to make people more open to inclusion and ensuring “safe spaces”, the opposite effect took place instead.

Most of the conversation – and the most meaningful – revolved around what people can do at a convention to ensure inclusivity. Be it x-cards, visible policies, safe reporting systems, convention liaisons, etc., so many experienced individuals such as other convention organisers or simply allies to those who had been marginalised came forward to give ideas, to offer assistance, to help Phantasm grow into a place everyone could feel safe to attend.

When the convention organiser returned, he posted a message that was essentially a way to placate everyone. Then came the worst of it. David Watson went on a mass deletion and banning of members of the group who had been speaking up and defending the marginalised over the past few days. Including the person who received rape and death threats over these issues.

As I watched this happen, still discussing with people about the desperate need for inclusivity and safety at a convention, I slowly watched all the supportive individuals and allies disappear. One-by-one, their voices were silenced whereas the men who were steadfast against safety measures or who were making vile comments or blanketing all women with the term “hysterics”, were left.

As somebody who was harassed at Phantasm, who was made to feel unsafe and scared, it is not enough. And the way he carried out silencing voices sat in my chest like a rock. At one point the organiser said, “many feel unsafe to contribute” in regards to the conversations around inclusion. He was not talking about the women who have been harassed and received death and rape threats. He was not talking about the men who were standing up for better harassment policies and safety measures. He was talking about the white men who didn’t want their precious convention to change in order to accept others in a way that made the minority feel comfortable and safe to do so.

One individual tried to explain to him why his actions were so wrong by illustrating that “if you include someone’s abuser, your space excludes the survivor,” – it was not long before she was not only banned from the page but also banned from attending the convention as a vendor. David was disagreeing, essentially, and saying that the abusers deserve to game alongside the marginalised.

Almost anyone who suggested Phantasm improve their anti-harassment practices as well as asked Watson to really address the main issues at hand were banned and silenced. Except for a rare few who hadn’t raised enough of a stink or myself, who Watson realises is far too much of a public relations nightmare to ban being that it was his convention I was harassed and made to feel unsafe at.

It has been noted that my local gaming convention, Phantasm, has chosen to do as little work as necessary to make itself a safe and inclusive environment for all to enjoy gaming. Many local individuals will never attend again, fearing for their own safety, and many are left upset and disheartened with the fact they no longer have a local convention.

For a week now I’ve been exhausted by the consequences of me sharing my experiences.

I do not regret it for a moment.

Many read my words and privately as well as publicly said, “Me too,”, but in relation to the gaming world for women and marginalised folx.

All of these incidents have also given me something better than my frustration, sadness, fear, anxiety, and exhaustion. I’ve been given strength and determination.

Because when life keeps giving me lemons, I need to start paving my own roads.

Something wonderful is being built out of this, something we can be incredibly proud of, and I cannot wait to share it with everyone in the community.

I dare anyone to try to stop me now.

For further reading on these issues with the convention: