From the first few days on Twitter (back in late mid-Fall for myself), I discovered a woman who handmade dice. As soon as my eye caught a glance at them – I was obsessed. They came in a variety of unique designs/colours and styles and were all hand-crafted. What dice lover doesn’t love having a hand-crafted set?!

Then, one day, Lemmie (the dice maker of Lucky Hand Dice), announced on Twitter that she was going to be releasing a certain number of sets for buying on her Etsy shop which you can find here. I needed to get set!

So I waited, patiently (not really), for the exact moment they were released and quickly snagged a set of “Deep Space inked in Silver” dice. My preorder went through on December 4th of 2017.

Then I waited. Patiently at first and then a bit less so as time wore on. I knew from the start I’d be waiting 6-8 weeks for the set as they were hand-crafted. They were promised to be released in the first week of the new year.

The first week came and went.

I sent off a message to the dice maker. Apologies from Lemmie and so forth and I began to wait again.

The second week of January came. Then the third. Then the fourth. Then it was February.

Then it was March.

Finally, mid-March, I received my dice set. A whole 3.5 months after ordering them.

I was incredibly excited to open up the packaging! (Side Note: The seller must have great faith in the postal system, internationally, as it was simply packaged in an everyday plastic envelope with no protection. I know US postage is generally better than Canada Post, but darn, was I surprised Canada Post had not destroyed them as they made their way to me!) 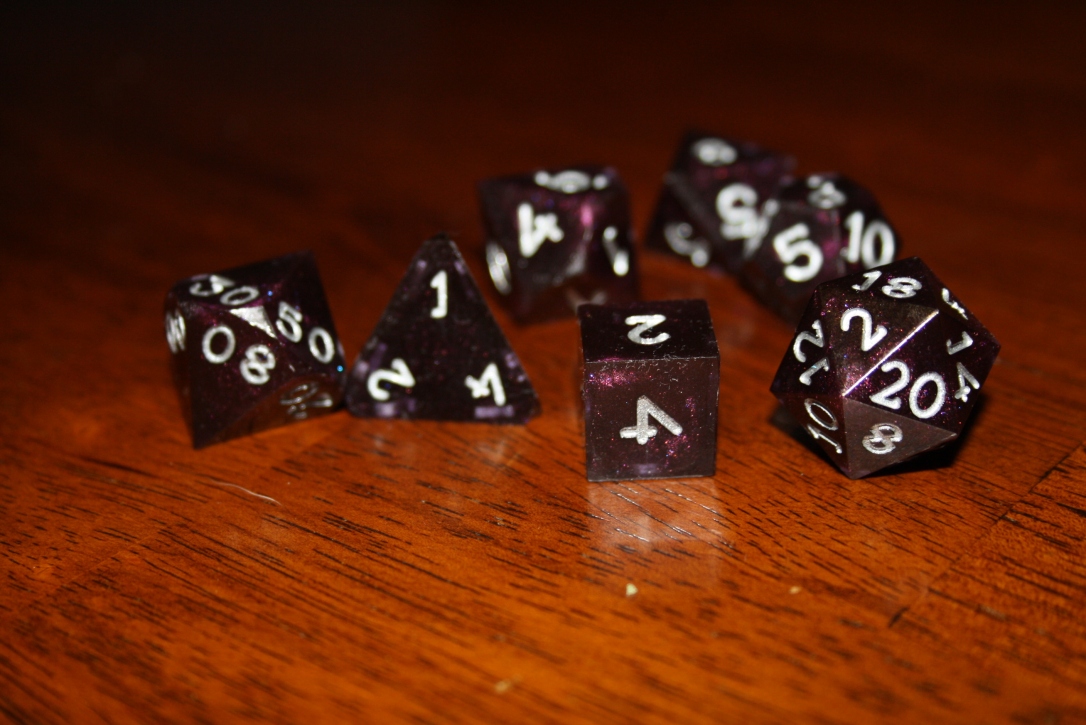 They certainly were unique; beautiful and sparkling when I took them out! Unfortunately, most of the uniqueness and sparkle could only be seen upon close inspection or under certain lighting. That was still good enough for me – I loved the look of them!

They are fairly “sharp” on their edges, incredibly defined, and their numbers are very easy to read which is an absolute must for dice sets for me. All good points! 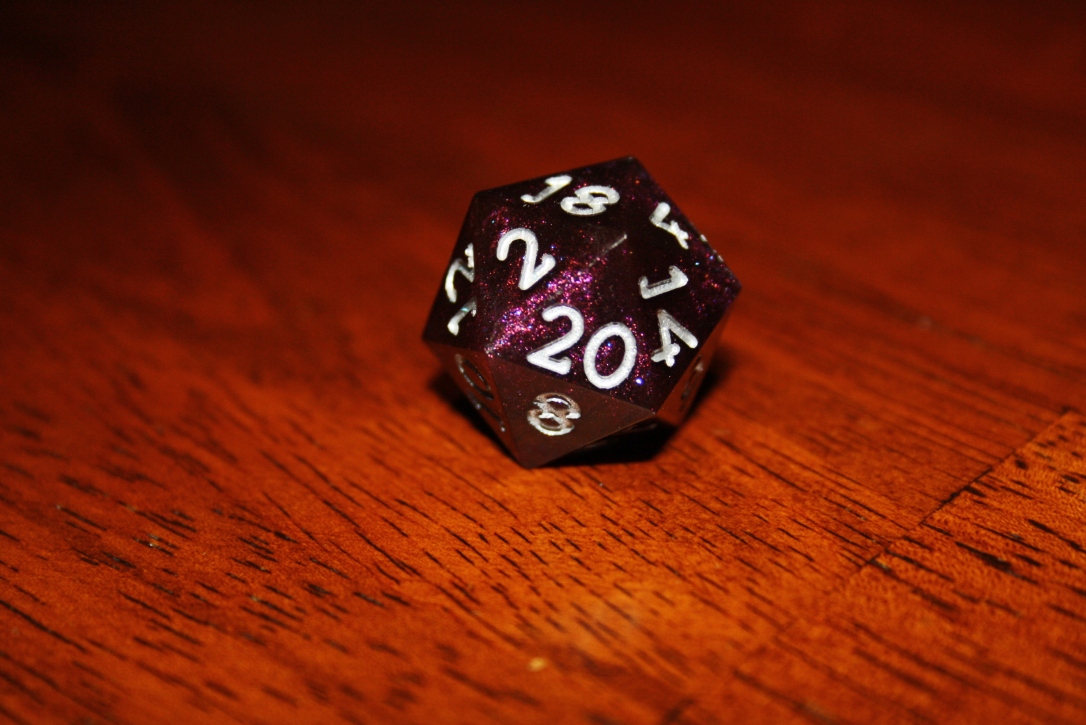 They are very “bouncy” when they roll and seem to be evenly weighted, for sure.

But are they really worth the hefty price tag and incredibly long wait periods?

Depends on how much of a dice collector you are. For the average tabletop gamer, I would advise no. Instead, grab yourself a set of regular polyhedral glitter dice and you’ll be able to have the same effect but more easily seen without special lighting. But if you really crave uniqueness, supporting smaller companies/individuals, and are a bit of a “collector” like myself, then it is most certainly worth it if only to say you have a set among your many!

I would very much like to know how these plastic dice are made, especially with such deep grooves to their numbering (clearly a plastic mold of the sort but after that, I’m unsure of any specifics) – but Lemmie keeps her ways guarded. All-in-all, I’m pleased with my dice set, but perhaps a bit let down. I guess after such a long wait time and high price tag I was expecting a bit more (mostly how invisible the uniqueness of the dice is in most lightings).

Likely, I would not purchase a set again. However, Lemmie’s dice jewelry is not only more affordable but the perfect use of such unique and gorgeous dice! Definitely, need to get my hands on one of those d20 necklaces!